7 Wireless Technologies Which Make the World Go Round 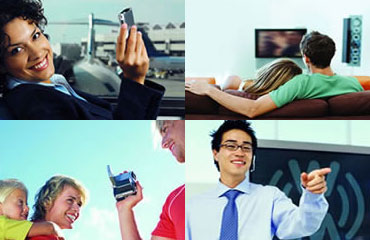 WiMedia – WiMedia refers to the Ultra Wide Band radio platform which enables high data transfer rates. The goal of WiMedia is to standardize the protocols or code used in wireless devices. For example, WiMedia standards are used in Ultra Wide Band (UWB), Bluetooth and WUSB technology products. The end result for a consumer is that WiMedia guarantees wireless devices work together without an end-user knowing about set-up procedures or configuration options. I guess you could say plug-n-play, but we are talking about wireless. About WiMedia UWB or Ultra Wideband – UWB is wireless technology operating in a radio frequency greater then 500MHz. What this means is that UWB is excellent for sending a lot of data wirelessly. The transfer of data on this radio frequency works as a pulse. Due to the extremely low emission levels allowed by the FCC, UWB systems tend to be short-range and indoors. With the short duration of these pulses it’s easier to transfer high amounts of data, but can also be engineered to transfer less data over a longer distance. It’s the give-n-take of UWB. An example of high data transfer rates using the UWB technology would be wireless computer monitors or digital camcorders playing video without the need of a host computer or wired connection to the TV. About UWB Click the video above for the sales pitch on Wireless USB. Kinda cool when life will be like this. WUSB or Wireless USB – Wireless USB is the combination of high speed data transfer rates with the ease-of-use of USB connectivity. WUSB takes USB one step further and removes the cable from the connection. WUSB uses the Ultra Wide Band radio frequency technology and standard. What WUSB has done to the UWB is adopt the necessary protocols to have it work with USB connectors (or ports). As with Bluetooth, wireless USB is ideal for short range networks – usually called personal networks. WUSB has become very strong in personal networks around the office, for example networking your PC together with mouse, keyboard, printer and camera is usually done via WUSB. Bluetooth has become very popular for personal networks in relation to mobile devices, such as cell phones, headsets and PDAs. What WUSB really brings to the table is the wide range of products using the connection standard of USB to a world without wires. About Wireless USB 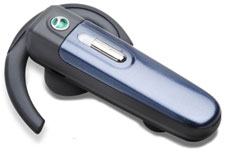 Bluetooth – Bluetooth is a short range radio communications method ideal for small networks – usually called personal networks. Bluetooth is unique because it has three different classes to define how far it will communicate; 1 meter, 10 meters and 100 meters. An example of a personal network would be a Bluetooth headset and it’s base unit, or mobile phone. Another example would be a wireless network between your PC, keyboard, mouse and printer. Bluetooth works at the same frequency as many cordless telephones and microwaves – the 2.4GHz range – but since the power output is very small there are no real health concerns with Bluetooth technology. About Bluetooth Technology 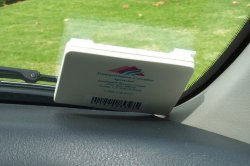 RFID or Radio Frequency Identification – RFID is an automatic identification method used to assign an ID to an item. Most common is an RFID tag placed on an object. The tag is really a silicon chip which houses an internal antenna. When an external electrical current hits the RFID tag a response is generated which tells the ID of the object. There are two types of tags. 1) Passive – a tag which does not have internal power, but rather uses the electric pulse sent to it to wake-up and send a response. 2) Active – a tag which uses internal power to provide an ID response. Two examples you can identify with would be a passive RFID tag used in a shopping mall or clothing store. These are tags attached to clothing (or item) which sound a store alarm when not removed. An example of the active RFID tag would be the toll-road transponders. Here you have a battery powered RFID unit that communicates with the toll-road service to auto charge your account for use of the road. About RFID Technology 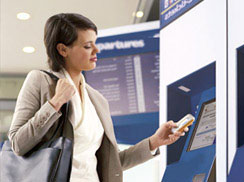 NFC or Near Field Communication – NFC is a wireless technology aimed at being used in mobile phones. The premise of this technology is based off magnetic field induction. Another words, a magnetic field is used to activate a device when in close proximity. The furthest distance NFC works is 20 centimeters – so I’m talking real close! In interesting example would be walking past a movie poster and waving your cell phone in front of it to download the trailer. A real world example is using your mobile phone to make a payment and rather then swipe a credit card you would simply touch the phone to a terminal and the transaction would be executed. This technology is also being implemented into credit cards. About NFC

ZigBee – Is a wireless protocol used in low-powered devices that don’t transfer a lot of data, need a long battery life and communicate on a secure network. The ZigBee technology is based of RF or radio frequency applications. A practical example of the ZigBee technology is a home network system controlling items such as lights, security systems, fire alarms, heating and air conditioning. This example demonstrates each “item” needing to communicate with a central station and have low data transfer needs (light on, light off) along with a long battery life. In the picture you can see the red lines as routing links where the wireless signal “touches” each device along with a grey link which leads to an end point, or control point. About Zigbee If you notice, I have not included WiFi and the reason is simple. WiFi is not a technology embedded into a product. In addition, WiFi needs configuration and is not plug-n-play as the technologies mentioned above. The strength in WiFi is the ability to handle multiple devices over a longer distance while maintaining high transfer rates. Keep in mind, this article is a high-level overview of built-in wireless technologies and there is an infinite amount of information available for each technology.