You can’t help to think Apple’s push for Thunderbolt has something to do with the latest announcement from the USB-IF…in that transfer speeds via USB will double what the USB 3.0 specification currently is.Â  If development can stay on target, this increased speed should be seeing implementation by end of 2014. 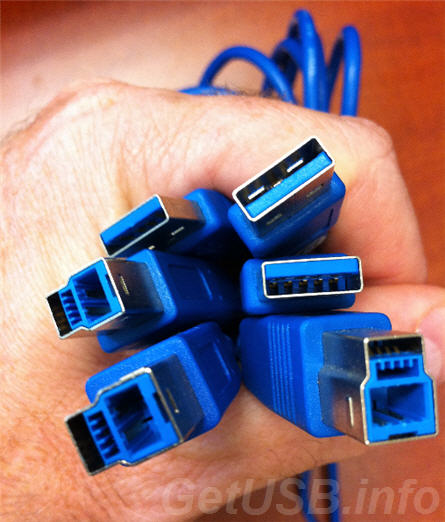 The new specification will run with USB 3.0 sockets and connectors; however, will require new wire setup for the cables. It is expected to see the faster USB spec in PCs, adapter cards and hard drives, but will take significantly longer to reach mobile devices and tablets.Â  As it stands now, USB 3.0 is just gaining momentum as a standard socket in PCs and mobile devices should start seeing 3.0 connectors in late 2013. Â  Some have said the larger video files being generated these days both in length and in resolution is the driving force behind the USB development, which we agree, but also keeping up with thunderbolt is equally relevant.Â  Even with the new specification, USB will not match the data transfer speeds of Thunderbolt.Â  Intel earlier this week announced that it would boost the data transfer speeds of Thunderbolt to 20Gbps, which is twice its current speed.

Kicking around in technology since 2002. I like to write about technology products and ideas, but at the consumer level understanding. Some tech, but not too techie.