The biggest American reality show on TV has finally joined the iTunes platform. Fox Broadcasting, Fox Interactive Media and FremantleMedia signed an exclusive deal with Apple to bring American Idol audio and video performances to iTunes as single song-sized snippets available the day after they premiere on air.

Apple will also become one of the show’s premiere sponsors and maintain a branded presence on AmericanIdol.com, where some free streaming performances can be seen.

How to Reset Your Frozen iPhone [or iPod]

The guys over at Methodshop always come up with helpful tips on how to run your Apple gear.Â  So if you’ve got an iPhone or iPod this tutorial is worth a read – even if you haven’t experienced a frozen iPhone – it’s nice to know what you should do when it inevitably happens. Occasionally an iPod or iPhone may freeze or fail to respond to your commands. This can happen for a number of reasons and does not necessarily indicate a serious problem. Sometimes they just need a restart much like the way your computer needs a reset once in a while. Tutorial: How to reset a Frozen iPod or iPhone Restarting an iPod/iPhone is a simple procedure that will not erase any of your music, data files, or customized preferences. methodshop Continue Reading

Although Apple has already sold 7 million movies, Jobs said: “Thatâ€™s more than everyone else put together, but it did not meet our expectations.” Apple plans on overhauling their strategy by making 2 major changes: Jobs thinks that viewers would prefer to rent movies, not buy them. As a result, the new Apple TV software will allow users to Continue Reading

The MacBook Air is so thin, it only has 4 ports: USB 2.0, Micro-DVI, headphone jack and a MagSafe 45w power adapter plug. So what did Apple leave out? Continue Reading

Here it is… video evidence of the new unreleased iPhone 1.1.3 software improvements. The embedded video below is a nice and thorough walk-through of the unreleased iPhone 1.1.3 feature updates hosted by Andru from GearLive.com. Watch it fast before Apple’s lawyers take it down. Anyone still think it’s fake? If the embedded video above doesn’t load, then click here. methodshop Continue Reading 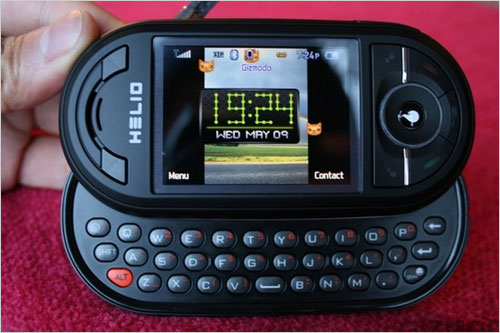 Text-based program alerts can be set to remind yourself and friends of what’s coming on the tube. TV Guide Mobile is available to Helio subscribers for $2.99/month, in addition to carrier data charges. BeSocial: methodshop Continue Reading 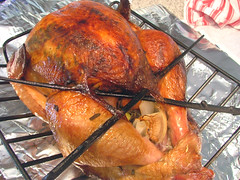 Have a habit of getting yourself in to a jam when cooking Thanksgiving dinner (USA)? When things go wrong in the kitchen, sometimes you probably feel like running down to the closest restaurant and asking for some professional advice. Actually physically busting into a restaurant kitchen may be a little extreme, but thanks to a few websites like ChefsLine.com and Chefs.com, experienced chefs are connecting with home cooks via email and instant-messaging.

This hi-tech cooking assistance fills a growing need that has boomed recently due to the popularity of hobby cooking. Food TV shows, podcasts like Stump The Chef, and web sites are inspiring more and more people to try their hand in the kitchen. The only problem is… the average person doesn’t really know how to cook anymore. So the next time you are wondering how to cook a frozen turkey in one afternoon or why your flourless cake never cooked all the way through, professional help might be just one IM or email away. But before you start chatting with chefs online, you might want to brush up on your chatroom and IM lingo. Think I’m overreacting? Well, ROTFL TAFN NRN L8R! AAB! Continue Reading

U2 Previews New Tracks for Joshua Tree on iLike

U2 used iLike.com to post a video of Bono singing “Wave of Sorrow” while sitting on a couch. It’s a track that U2 demoed during sessions for The Joshua Tree in 1987. Just recently Bono laid down vocals for the song and it will be released for the first time next week on the remastered release of The Joshua Tree. As Bono plays the track, he sings over it and talks listeners through the story of the song and explains the lyrics. “Wave of Sorrow” is one of several rare and previously unreleased cuts which are featured on the bonus audio CD of the remastered deluxe and super deluxe versions of the remastered release of The Joshua Tree. Continue Reading