In a battle that is so ancient most no longer consider it an issue, Microsoft has gone away with the safe removal for USB flash drives. The original suggestion by Microsoft was to eliminate data lose if a user removed the drive before properly ejecting it. Nine out of ten times you wouldn’t lose data, […]

Microsoft is creating a new connection for their tablet and laptop devices but as revealed in their newest patent filing, the working version of its Surface connector port will resemble the magnetic snap of past Apple devices while maintaining current USB-C compatibility standards.

When a USB stick is connected to a PC the Windows operating system enumerates the device.Â  In simple terms, this means Windows will check to see what type of device was just connected, a HID device, Mass Storage Devicet etc, it will also check the speed of the device. During the enumeration process some registry […]

Microsoft has made available a new version of “Defender” to ride infected computers of malware, including rootkits which highjack your boot process and corrupt your computer. The “Defender Offline Beta” is available from Microsoft for free [here] and does require updates as virus definitions are always changing. Definitions are files that provide an encyclopedia of […]

Granted I didn’t think of this concept, but looking back, it’s odd this USB hack took as long as it did.Â  Hacker, Jonas Wagner, was able to rig his Microsoft Kinect to a USB missile launcher.Â  From what we’ve read, Jonas wanted to control a missile launcher with his Kinect, only problem is that he […]

USB Autorun is a favorite among USB promotional companies as it will autorun their website, PDF files or movies.Â  USB Autorun also gives the pirates and hackers an open door to reak havoc on your system. Last year one of the worst virus’ spread via USB and it’s most important attribute for success was the […]

StartKey From MicroSoft – So That’s What They Did With U3

GetUSB reported a while back about the partnership between Microsoft and U3 and it turns out they’ve created the StartKey, a similar approach as the U3 drives. The biggest difference is Microsoft using StartKey as the key component to logging in and booting up.Â  In addition, you can store personal computer settings and privileges, applications […]

The Next Generation of U3; a Microsoft Version

Written by Rich Gates on May 15, 2007. Posted in Kingston, SanDisk, Software, U3 Related, USB News

The announcement of Microsoft developing a UFD platform to replace U3 could turn into a similar battle we saw 25 years ago between VHS and Betamax. Major suppliers have already dropped the U3 platform because of high royalty fees (around 5%) to bundle less expensive software which does the same thing. As these suppliers, like […]

Now here is a slick webcam with some great high definition from Microsoft. This guy wont cramp your SonyStyle with a thin, flat design and simple back clip. This is what you can expect from the LifeCam NX-6000: High definition 2.0 MP video at up to 1600×1190 pixels, a VERY nice 7.6 MP still photo […]

Another lawsuit started by Microsoft

Is Microsoft after the smaller guys again? Today they filed a patent infringement complaint against Belkin, a peripheral maker, with the International Trade Commission. Microsoft is stating Belkin a supplier of cables and networking and other computer accessories, violated a Microsoft patent by

Microsoft is promoting their Windows Licensing tools via USB flash drive. Fill out a simple form to receive your free flash drive. The drive will arrive full of valuable information about licensing including, FAQs, product information, a license brief, transfer of license information and additional resources. Click image to begin the request/form. It’s only while […] 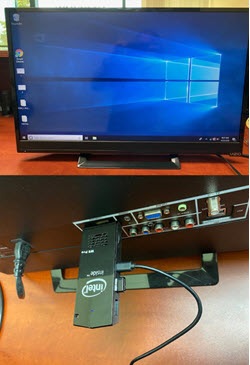