USB-C to Lightening Cable, Unique Combo For Sure

We really don’t like reporting about cables. It’s boring. But this post is going into publication for two reasons: 1) The model used to show off the product is a complimentary image {wink} and 2) It’s actually a unique feature combination for a USB cable.

Hyper has a new USB-C to Lightning cable that makes it convenient to keep the cable near by and doubles as a cleaver key-chain holder. The new HyperDrive Cable series includes Key-chain, Lanyard, and Tough. All of the cables are MFi certified (Made For iPhone/iPad devices) and make use of bulletproof ballistic nylon for high durability and longevity.

Made of TOUGH 2m material by Hyper. This is material that can withstand 70kg of tension before something bad happens.

The key-chain has made of aluminum and screws into the capsule like casing which also doubles as the housing for the ends of the USB-C and Lightening connections.

They Hyper cable starts out at $27.99 USD at the time of this post.

I came across an interesting article today from Dr Gough, a tech nerd. and thought it good enough to summarize here:

The USB specifications for power from a port vary from 100mA to 1.5A and up to 100W of power for USB Type C, but the cables and connectors used in a cable might not align with the power specifications of the product being designed and used. Cables are typically rated for about 1.8A of current, which is most common for cables used for charging.

The 1.8A rating is based on safety limits for resistive heating of the cable and connectors. The rating is no guarantee your +5V at 1.5A setup will get you the maximum level of power. The important point here, the cable and connector combination is simply a rating to deal with heat, and ensures nothing melts. Going a step further, most specs ensure nothing gets noticeably warm to the human touch.

Every wire that’s not a superconductor has some finite resistance. Said another way, resistance is transferred into heat. Ohm’s law tells says that E = IR, where E is voltage, I is current, and R is resistance. So when you put power through a wire, the current X resistance gives me the voltage that will be “consumed” across that wire, power that turns into heat, and thus, never makes it to your phone.

I want to end this blog post with the above paragraph as that is the real takeaway here. The more inefficient (or cheap) a cable is, the warmer it will get. So if your iPhone cable is warm to the touch, it sucks. If your wire charging your power bank is warm, it sucks. Get a better cable. From what I can tell, there is no rating posted on all these cables you see on Amazon at cheap prices, so word to the wise using your tactile feel!

Last year, Google released the Titan security key. It can be used as ultra secure methods for two-factor authentication for some online services over USB-A, NFC, or Bluetooth. Today, Google announced an updated USB-C key to the lineup, which will be available tomorrow from the Google Store for $40.

The new USB-C key appears to have similar functionality to their previous model, all of which are built to the FIDO standard. The USB-C model lacks the NFC capabilities that its other two keys have, but this shouldn’t matter as the USB-C design is meant for you to plug it directly into your portable device, such as phone or ultra-thin laptop. That said, NFC is a bit moot.

Google’s new USB-C key is compatible with Android, Chrome OS, macOS, and Windows devices (Only the Bluetooth key works with iOS, and it requires the installation of Google’s Smart Lock app.) Like its previous keys, Google says the USB-C key’s firmware is permanently sealed into a secure element hardware chip, making the key more resistant to physical attacks.

Google partnered with security key-maker Yubico to manufacture its new USB-C key. Google’s key looks a lot like Yubico’s YubiKey 5C. Both keys are pretty similar, but Yubico’s keys support a few more protocols than Google’s Titan keys do, such as WebAuthn, so they might be the better option for some, depending on what you need.

Google’s other two Titan security keys were previously only available as a $50 bundle, but Google says you’ll be able to buy them individually starting tomorrow. The USB-A / NFC key will cost $25, while the Bluetooth key,

Will The Optical Drive Survive Another Year?

Let’s face it, optical discs are large and bulky. At nearly five inches in diameter, the discs are big when compared to the size of modern laptops and now tablets. Even though the optical drives has been greatly reduced in size, more and more laptops have dropped the technology to conserve on space and power.

If you are not talking about the size of the mobile computer, the space used up by an optical drive can be used for more practical things. That space could be better used for the battery which can extend the overall running time of the system. If the system is designed for performance, it could store a better or bigger solid state drive in addition to a hard drive for added performance. Maybe the computer could use a better graphics solution for graphic design or gaming.

When CD-R drives first came into the market, they offered a huge storage capacity that rivaled traditional magnetic media of the day. After all, 650 megabytes of storage was well beyond what most hard drives were at the time. DVD expanded this capacity even further with 4.7 gigabytes of storage on the recordable formats.

While the growth rate of optical media was good, it is nowhere near the exponential growth that hard drives and USB sticks have seen. Optical storage is still stuck in the gigabytes while most hard drives are pushing even more terabytes. Using the CD, DVD and Blu-ray for storing data is just not worth it anymore. The write time is too slow and the seek time to find your data is equally as slow. The hard drive and it’s portable version, USB flash drive have found the main stream masses.

Keeping these points in mind, you can see why optical media is all but dead. Sure, the CD-R and DVD-R will last another year, probably another five, but it’s USB and hard drives which have taken over. The next step in the logical progression, is how to data load USB media? With optical media you had CD and DVD tower duplicators. There are many systems with robotics and printers so duplicate to the optical media and also print a label. But those systems are getting harder and harder to find.

The equipment most companies and organizations are seeking now are USB duplicators. These are flash memory copier systems which can data load content to USB flash drives at ultra-fast speeds. CD and DVD duplicators went through some phases of supported formats like discs being finalized or disc-at-once over track-at-once. Well, USB duplicators have a similar issue to resolve. There is file copy and binary copy and duplication from an ISO file or an IMG file. There are many ways to copy the data from the source to the target USB media. 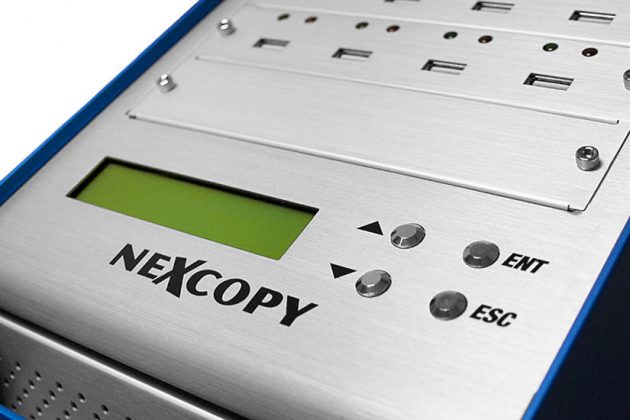 It’s important to have a USB duplicator which supports all these functions. There are some duplicators with as many as six copy modes. A system like this makes it extremely versatile for the user to move data around. There is file copy, copy add, unique data streaming, copy from a physical device, copy from an IMG file, copy from an ISO file. These are all great resources to have if you are not sure how the content is being given to you.

What is USB juice jacking anyway?

The idea is someone, a hacker, trying to steal your data while you are charging up, or “getting juice” from a public USB port.

Yes, it can technically happen, so don’t be fooled. But could it actually happen? Probably not, so don’t sound like a fool.

Getting down to brass tacks of how this could happen, what would a hacker need to pull it off?

First, they’d need to make a connection, either WiFi or Bluetooth. This connection would transmit your valuable data to the hacker. To do that, the hacker needs some sort of device that holds that communication chip. That chip would need to sit behind the USB port in the string of communication. This “device” would also need power.

Given the above, a quick observation of the USB port you are planning to use, will tell you everything you need to know. So basically if you see a big block with a USB port, don’t plug in your device. If it’s a wall mounted USB port, chances are ultra-slim there is a technology behind the placard stealing your data.

So take airport chairs and charging stations for example; as this is the most comment place a website gives for the “scare.” You are not going to get hacked using those ports. First off, airports are high security areas and those charging stations are monitored. Second, the security cameras will pick up on someone trying to tamper with a charging station or USB port on the chair. Third, the people in the terminal need a boarding pass to get to those spots, so their identity is already known if anything suspicious does turn up.

Now, if we are talking a coffee shop just be sure