The DN-84254 is a microUSB cable which mirrors your smartphone screen on your PC.Â  The sync software allows you to click around on the PC screen and control your phone.

So what’s it good for, imagine this:Â Â  If an app would require you to input letters or characters, you can simply do so by using the PC’s keyboard. Several key shortcut buttons on top of the program also allow you to conveniently make the device do specific commands, or access certain areas instantly. So, aside from being able to record screen activity directly on your PC (for gaming and reviews and the likes), you can also intuitively control the smartphone within the PC’s environment as if it was just a simple Android emulating program or similar. For me, this cable is worth Continue Reading

If you haven’t heard,DELL is looking to buy back it’s public shares and go private.Â  Why you ask?Â  Going private would allow them to make quick and swift changes with in the company to re-invent itself.Â  Currently the never-ending demands of the stock holders and investors ties their hands in freedom to create as they wish.

DELL, so it is said, started a new code project call Ophelia.Â  The project is turning a USB key into a portable desktop.Â  The USB would have the ability to access online software tools and operating systems.Â  The USB solution from Ophelia will still require a hardware setup (someone’s PC) so think of it as a USB stick high-jacking the processor, RAM, motherboard, video controller etc to run it’s own OS. We’ve seen things like this from smaller, start-up companies,Â  but DELL has the ability to really make this main stream.Â  The rumor on target price is $50 US Dollars. I for one believe the ability to high-jack another PCs hardware doesn’t warrant it enough to be more then a complimentary tool to one’s main PC.Â  Now if DELL can high-jack the Continue Reading

The Alesis IO Dock is a great product for iPad musicians â€“ this small hack makes it even greater. It overcomes one limitation of the IO Dock: You canâ€™t simply hook it to a USB hub. So I decided to build in an additional hub â€“ which allows me to hook up additional class-compliant interfaces like my M-Audio Axiom master keyboard, and power them via the hub. Yes, it works. No, it hasnâ€™t been thoroughly tested yet. So try at your own risk. 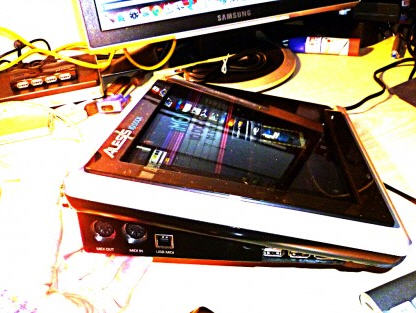 Gamestick is creating a set-top gaming console for the Android space.Â  The GameStick is true to it’s name where the data sits on a USB flash drive and the flash drive fits inside the hand held console. The GameStick is targeted at $79 and plays the same games as other Android platforms.Â  Of the 700,000 Android games about 200 have been targeted by GameStick to be developed and fully supported for the GameStick environment. 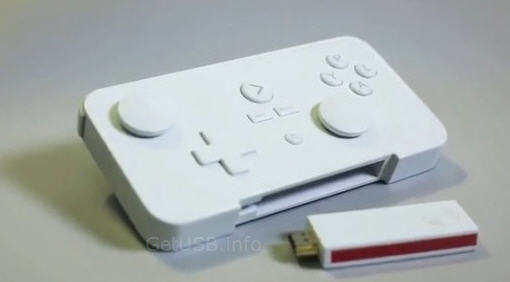 The console sports an Amlogic 8726-MX processor, with 8GB of flash memory and 1GB of DDR3 RAM. It supports Bluetooth 4.0, and also comes with the standard 802.11 b/g/n WiFi. The console ships with Jelly Bean. PlayJam, the developers, state they have a working prototype, and is 90% of the way toward getting the final pre-production sample. If you Continue Reading